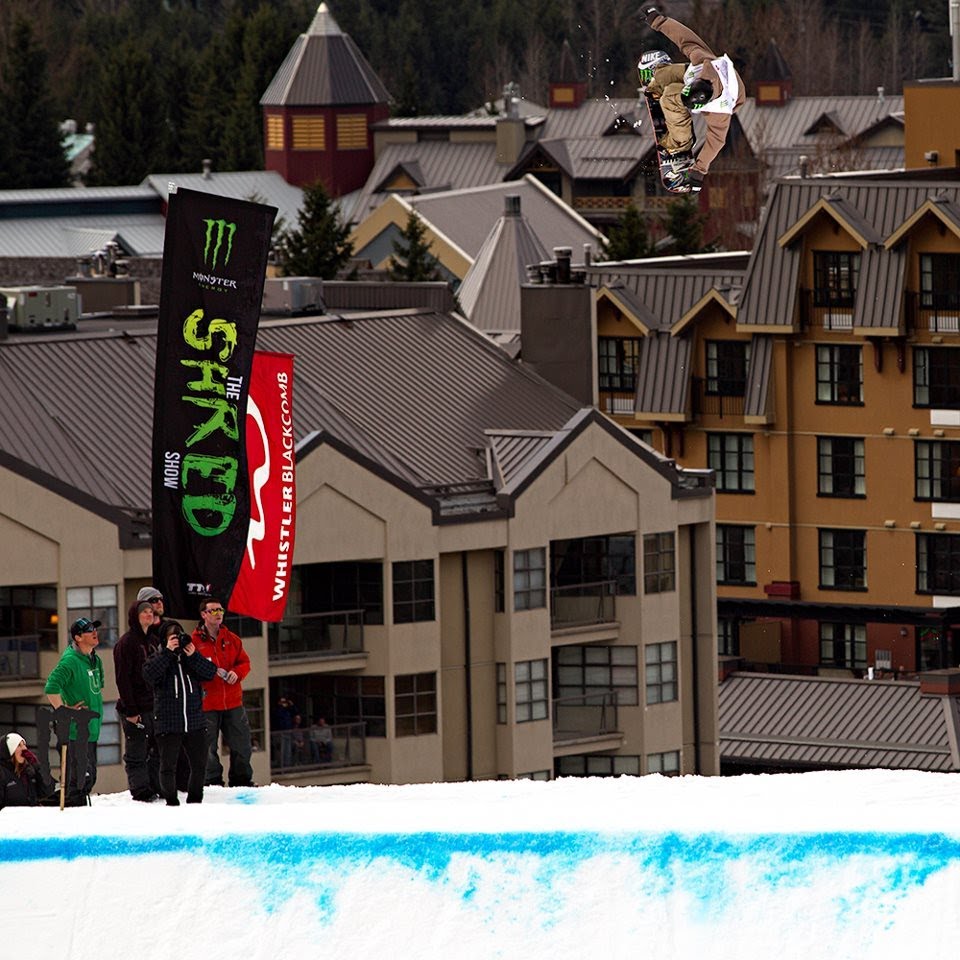 Canada’s biggest snowboard contest, the World Snowboard Tour 5-Star Monster Energy Shred Show finished off with a bang Saturday night. Canadian Max Parrot who was an X-Games silver medalist in slopestyle earlier this year stomped a backside triple cork 12 to beat out the competition. „I was kinda nervous, I tried it in practice and didn’t land it, but with the pressure and the good crowd, everything came around and I stomped it perfectly so I was pretty happy!“ said a triumphant Max just after receiving his winning cheque and crown.
The field of competitors didn’t make it easy for him though. The 10-man final was stacked with talent like last year’s winner Darcy Sharpe, The Shred Show Slopestyle winner Emil Ulsletten, and a host of perennial jump slayers like Sage Kotsenburg and Eric Willett. Ultimately though it was American Justin Morgan who ended up in third spot with his switch backside double cork 1080 and Kim Rune Hansen from Norway took second with a switch back 12. The level of riding was the best Canada has ever seen and The Monster Energy Shred Show continues to grow in stature in the international contest scene.