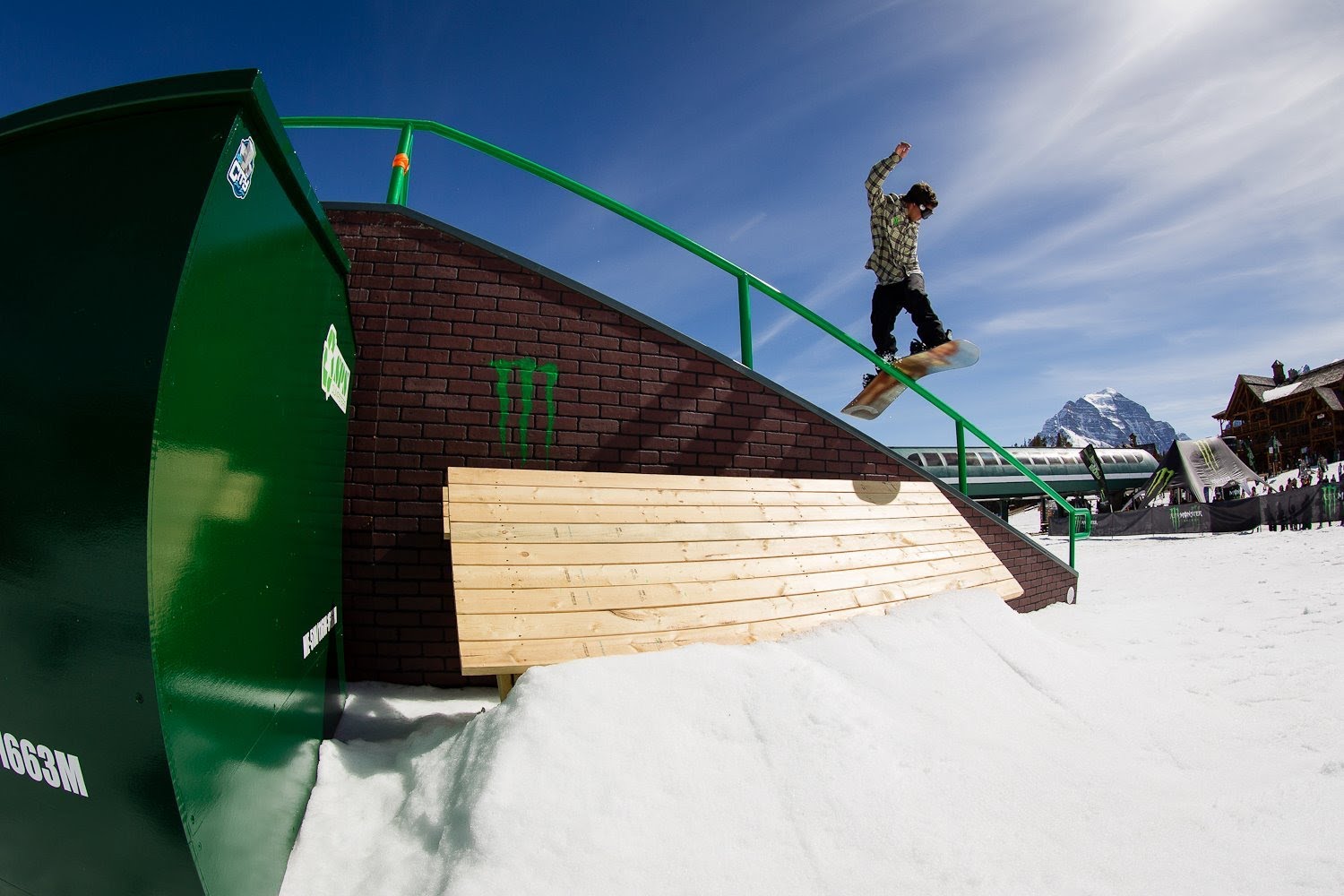 Ruckus in the Rockies came back to Lake Louise this past weekend!

Day one of Ruckus in the Rockies 3 went off on Friday with athletes sending huge airs off the giant size hip. Monster Energy athlete and noted hip slayer Charles Reid was the best rider of the day and wowed the crowed with his massive melon to fakie. He took home a tonne of respect and a Kawasaki KX 250! Notable performances from Dustin Craven, veteran Rube Goldberg and Geremy Guido kept the crowd on the edge of their seats, and Robby Balharry walked away with a day of heli-boarding from Eagle Pass Heli for his strong performance.

Day two brought perfect weather, the best rail feature this province has ever seen, and some of the world’s best rail riders competing for a share of $10,000. Early on Ethan Deiss was consistently taking apart every feature while local Tanner Davidson brought a unique take to the course utilizing some unique lines. Zak Hale was at the top of the list of contenders and was an obvious favourite going into the finals. Coming out of hiding for Ruckus, Kael Hill rode the rails like only he can; creative, technical and sometimes bizarre, Kael is nothing if not entertaining and ended up in third spot. Stepchild’s Brady Smith had a good day too; his smooth style and big bag of tricks (especially 270ing into the kink!) impressed the judges and left him in second. But today the win went to Quebec’s Jason Dubois who rode hard and consistently put down a load of technical tricks.

Ruckus has become known for its amazing afterparty at The Lodge of Ten Peaks and this year was a doozy. The DJ lineup included sets from Expendable Youth, Pump and Illo, Mat the Alien and AdventureClub. PK sound brought the bass and the sold out crowd brought the energy. Once again, Ruckus in the Rockies was the best way to end the season.