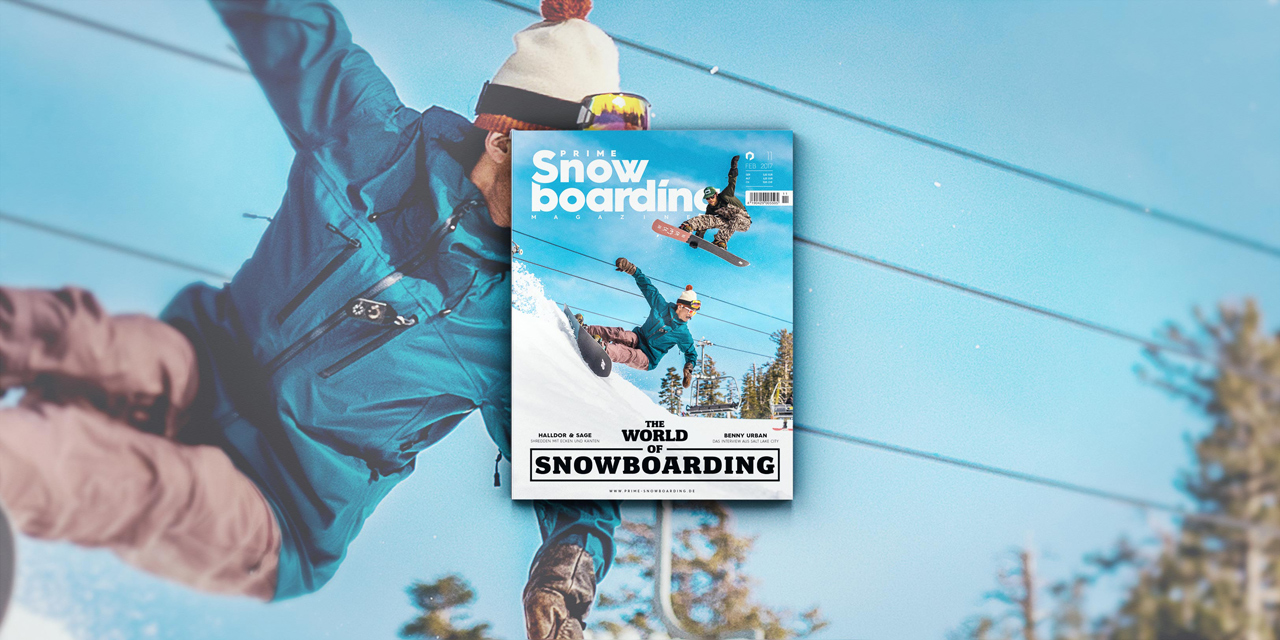 „Snowboarding is better with friends and even better when you’re you’re tailing close on your friends 6 o’clock. Intuition takes over while you surrender to spontaneity. I think the scientific term is Party Boarding.“ – Tim Eddy

Und Colin Wiseman, der Mann, der für diesen grandiosen Shot verantwortlich ist, meint dazu: We thought we were going on a powder trip, but, as is common in Tahoe, a few feet of snow was followed by a quick warmup to 60-degrees Fahrenheit in the mountains. With a crew of enjoyers, it turned into a party boarding trip, and we setup several shots with multiple riders in the frame at once in between hot laps. Boreal is a great little spot right off Interstate 80 with cheap passes and a bunch of different options in the park from big tables to a mini-pipe, creative jib features and everything in between. Tim grew up riding there. This photo displays the two riders’ style perfectly—Yo with that classic Niseko, Japan-bred carve and Tim with the skate-influenced stalefish. I like it because it conveys that good times vibe—interpreting park transitions how you see fit and ripping with friends. It doesn’t get much more fun than that.

The World of Snowboarding

The Return of Snowboarding

Prime Snowboarding Ausgabe #21 | BEHIND THE STORY